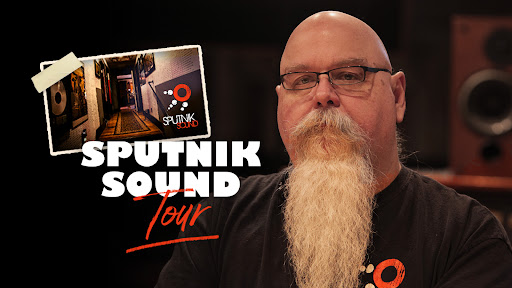 What originally began in 1999 as a home studio in Jars Of Clay band member Steve Mason's house, Sputnik Sound, has since bloomed into a landmark of the Nashville Recording Studio community.

Co-founded by producer Mitch Dane, the studio moved into the Berry Hill House Of Blues studio complex in 2003. Three years later, Vance Powell joined the studio's family and has since produced, engineered, and mixed countless records for artists like The Raconteurs, Chris Stapleton, Jack White, Phish, and worked on nearly everything in his discography at some point of the process from Sputnik Sound.

In June of 2015, Vance and Mitch opened the latest incarnation of Sputnik Sound up the street, featuring two incredible studios with enough gear to make a grown man sob uncontrollably.

In the pureMix.net Exclusive, Vance Powell takes you on a private, in-depth tour of both studios at Sputnik Sound for a behind-the-scenes look at where he and Mitch continue making some of the most important records to come out of Nashville, Tennessee.