As one of the staples of the indie-folk genre, The Lumineers have seen the heights of the charts several times. In April of 2016, the band released the hit song “Angela”, with a meticulously crafted arrangement and sonic landscape.

In this puremix.net exclusive, Grammy award-winning engineer and mixer, Ryan Hewitt, goes inside the mix and deconstructs the song piece by piece, going further than simple mixing techniques to explain the effect that a great arrangement can have to build excitement and take the listener on a journey, from a simple guitar and vocal song to a full-blown orchestral climax.

During this 2 hour video, Ryan explains how he:

This is your chance to sit next to Ryan Hewitt, and take a behind the scenes look at the creation of an indie folk smash hit.

After you've seen the video, download the stems and mix it for yourself. 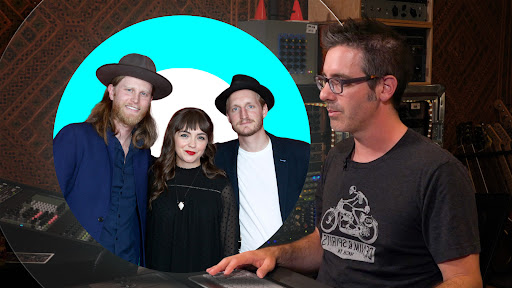